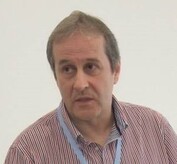 Zlatko is working in IT 35 years, mainly in ISTRA TECH d.o.o., Pula. He is using Oracle software tools (database, Designer CASE, Forms 4GL, Reports, Developer IDE, Java) for over 20 years. He published expert papers for conferences (HrOUG, CASE, KOM, JavaCro, "Hotelska kuća"), in magazines ("Mreža", "InfoTrend", "Ugostiteljstvo i turizam") and some of his programming solutions were published on the web pages of Quest and Oracle companies.